Sophie Raven has over 15 years of experience representing clients in business and family immigration matters. Prior to establishing her own practice in January 2014, Ms. Raven worked for Satterlee Stephens LLP, and previously, with Goldstein & Lee, P.C. She is experienced in advising clients on issues relating to the full range of training visas, employment-based visas, including investor visas, and family-based (including fiancée) visas, both temporary (nonimmigrant) and permanent, visas for lawful permanent residence (“green cards”, including attending adjustment of status and "Stokes" interviews), and U.S. citizenship. Ms. Raven is also experienced in the intricacies of U.S. consular processing abroad both for temporary (nonimmigrant) visas and immigrant visa applications.

Ms. Raven graduated with distinction from Barnard College, Columbia University with a Bachelor of Arts degree. She spent one year of her undergraduate studies at l’Université de Paris VII and Reid Hall, Columbia University in Paris where she studied Japanese and French literature. She earned her law degree (J.D.) from New York Law School and was awarded a Public Service certificate upon graduation. Ms. Raven is fluent in French, and proficient in Spanish and Japanese.

Ms. Raven is an active participant of the immigration legal community : 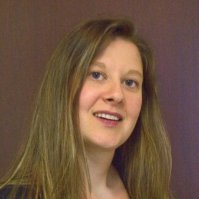 Disclosure: The contents of this website may contain attorney advertising under the laws of various states.